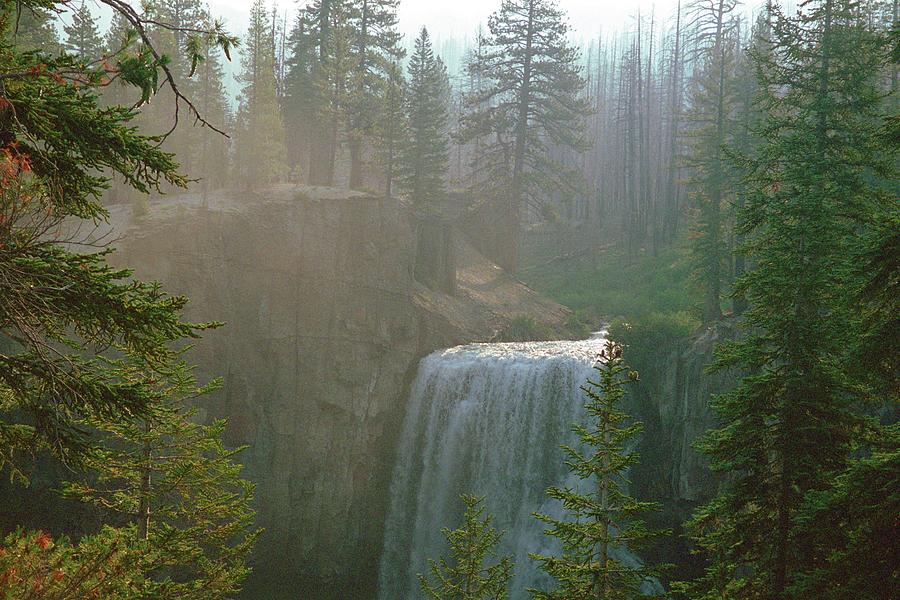 It was on a foggy 'Misty Fall Morning' that I looked back at the ugly scene of the 1992 Rainbow Fire with its pretty name while I was hiking above Red's Meadow in Mammoth Lakes, California. Some of the charred landscape looked almost like walking on an alien world; it was starting to be replaced by new vegetation.

The Rainbow Fire is a pretty name for what was one of the largest, most threatening blazes Mono County, Mammoth Mountain Ski Area, the Inyo National Forest and the greater Mammoth Lakes area has ever seen. 1200 persons battled the fire that consumed 8,200 acres of Forest Service land and 600 acres of National Parks Department land. Engine companies were stationed to protect the MMSA Main Lodge, and more were based out of Tamarack Lodge, at Twin Lakes, charged with making sure the fire didn’t reach the Mammoth Lakes town and its residents. The location of the falls is forever etched in the area’s history.

Thank you Rick for the lovely comment on my Rainbow Falls image. I appreciate it very much.