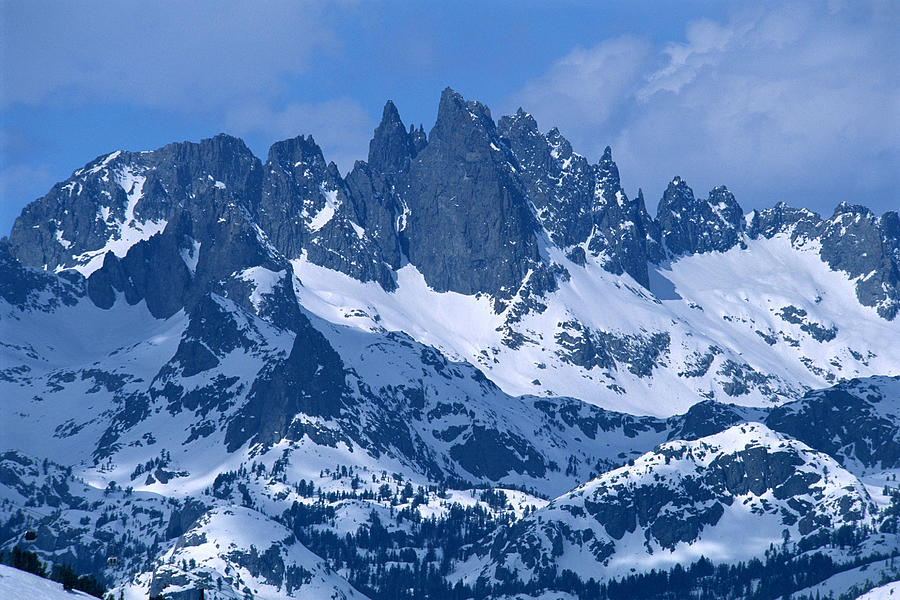 The Minarets are a series of jagged peaks located in the Ritter Range, a part of Sierra Nevada Mountains in the state of California. They are easily viewed from Minaret Summit, a lookout area above the Mammoth Mountain Ski Area in Mammoth lakes. They are also visible from anywhere in the area as you look west but not as up close and personally as captured in this frame. This image was taken with a long lens to bring it closer in view from the lookout area so that you can see the peaks more closely as they are over 12,000 feet in height. They are part of the Ansel Adams Wilderness and are featured prominently in his work..

Thank you David for featuring the Minaret and Snow image in Four Seasons Group. The support is appreciated.