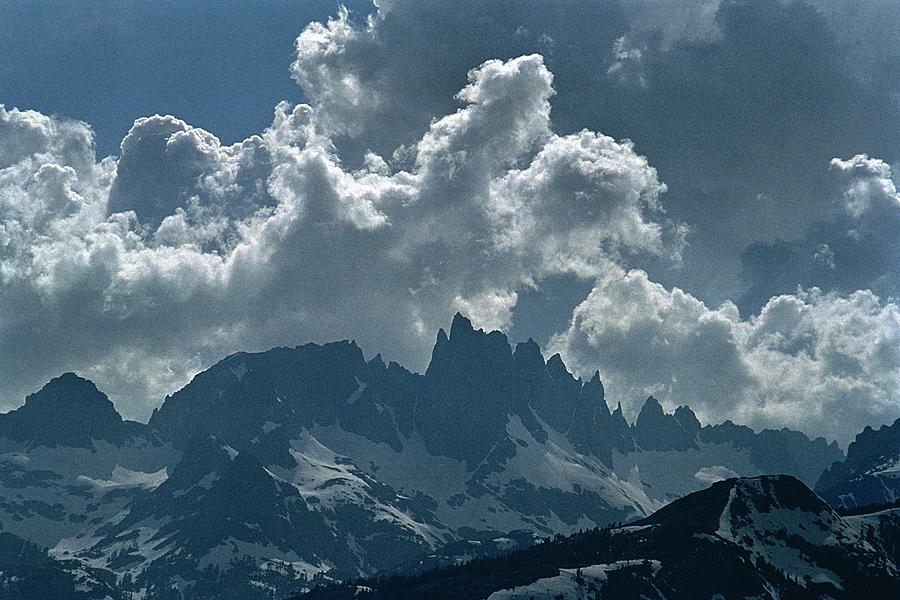 The Minarets are a series of jagged peaks located in the Ritter Range, a sub-range of the Sierra Nevada Mountains in the state of California. It is a prominent iconic Eastern Sierra vista easily viewed from Minaret Summit, which is from where I framed this image. Midday, in late spring, the clouds can be spectacular. Their shadows at that time cover the Minarets., creating a sense of drama that is always just a weather front away in the mountains.

Collectively, these peaks form an arête, and are a prominent feature in the Ansel Adams Wilderness which was renamed in honor of the famous eastern sierra photographer.

Thank you Aneta for the comment on Minarets and Clouds. I appreciate the support.

Amazing photo, the clouds are spectacular!